Racism: The Church, the Media, and the New Definition of Racist

Last time at Unchained, I introduced a blog series entitled, “Another Civil War in America?” Here is part one. It may be the longest of these posts, and the subject may bleed into subsequent posts. That’s because racism, in its post-modern description, filters into every other subject I’ll address in this series.

I grew up in the South. Well, in Central Florida, which is where I still abide. In my growing-up years, our little corner of the U.S.A. became a melting pot of culture and ethnicity. People from other states and from other countries settled here. This is definitely not the Deep South, but at one time it abounded with Southern ideology. That brought with it a line of thinking rooted in segregation. 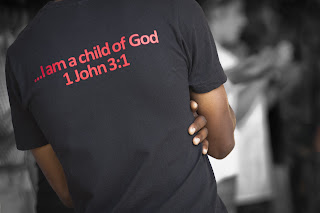 Blending cultures was probably as difficult here as it was anywhere in the South. I never quite latched onto the idea that it was my privilege as a white person to think less of a person of color, or to avoid such a person, or to consider that person a lesser creation of the God I was taught created us all. Fortunately, I didn’t get it.

I was well into adulthood when I saw the change I had longed for since childhood. The church, at least in my experience, became multi-ethnic and multi-cultural. And we, at least in my congregation, like it that way. We are united in Christ. This was an outcome of societal change, which as it turns out, isn’t all bad. Of course, it was more so the direction of God and good leaders in the church who brought about the blessing. This is where I find a little bit of Heaven on Earth. The melding of race and culture within the church exudes grace. I don’t mean to preach to the choir here, so to speak, but if your experience in church doesn’t lead you to this conclusion, consider encouraging a change. Racism is not Christian. It never was. It was social pressure that marred decades of our history with wrong thinking, and some of it came out of the church, from ordinary people who got a hooked on an bad idea.

But who started it? A pattern of bigotry has always existed. In our country, perhaps that pattern was woven into our fabric, but blame can’t be assigned to any one group. Historically, the role of Christians in ending slavery has been allowed to devolve into the notion that it was the church goers who fought to maintain their way of life in the South. Of course, some people, fearing change, held on. But anyone understanding the Word of God had to adjust their mindset in support of freedom for all.

In the generations that followed, public valuation, fear, and more than a little political rhetoric clouded the judgment of some. But poor judgment gave way to better ideas, proper laws, and cultural change.

I know, I’m a white woman living a dream within the safe walls of my church, where we all get along. Your world might be very different, and certainly the walls of the church no longer offer safe haven. I’m aware of the dangers we all face in any public arena. Americans have been set against each other. A war mentality is already taking root. But how did it happen? And why?

To a degree, slanted reporting and political contention must be blamed. Joe Biden blasted the president for his racist views, accusing him of encouraging white supremacy and therefore being at least partially responsible for the mass shooting in El Paso. During his speech, Biden insinuated that poor kids can be just as smart as white kids. What? Does he believe white kids are not poor, and poor kids are not white? Doesn’t that make him a racist? Of course, the situation was tense, and the presidential candidate might have misspoken. Maybe he just inadvertently said something stupid. But the blunder won’t be forgotten. Not by me, and probably not by the people affected by the tragedy. 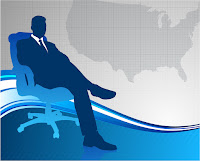 While denying citizenship to foreigners is not acceptable, or Biblical for that matter, keeping the process under control is paramount. Immigration has been an issue for a while, as previous presidents have noted and met with potential solutions. Solutions not unlike the ones supported by our current president. Donald Trump didn’t start this. And he won’t end it, hard as he may try. For now, maintaining the sovereignty and security of this nation is President Trump’s duty. That doesn’t make him a white supremacist, as some have proclaimed. Such unfounded accusations sprout racism anew where it’s long been rooted out.

Studies don’t give a clear answer as to how many white supremacists live in America, but they’re probably not as numerous as some would have us believe. The level of intelligence, and the needed finance, wouldn’t likely come from within their ranks to win a war, or even start one. It’s the media stirring that cauldron. If a few organized racists find themselves at war, the brains and money will have come from the outside. But who are these undercover anti-racist/racist benefactors?

Theories abound as to why anyone would want to start a race war: The government wants a good excuse to instill martial law. An elite group—the one that really runs the world— is bent on population control. Some of our elected officials want a good reason to…I don’t know what they want…but socialism, in their view, might be just what America needs.

What is racism, or, what did it used to be? Here’s the definition: prejudice, discrimination, or antagonism directed against a person or people on the basis of their membership in a particular racial or ethnic group, typically one that is a minority or marginalized.

Today, the boundaries of racism have extended to include not only race, but life choices, sexual and gender identity, patriotism, political affiliation, environmentalism, immigration, and religious ideals. Everybody’s got a self-righteous reason to start a riot. But this kind of social upheaval is nothing new, and it can only get worse.

But mark this: There will be terrible times in the last days. People will be lovers of themselves, lovers of money, boastful, proud, abusive, disobedient to their parents, ungrateful, unholy,  without love, unforgiving, slanderous, without self-control, brutal, not lovers of the good,  treacherous, rash, conceited, lovers of pleasure rather than lovers of God—having a form of godliness but denying its power. Have nothing to do with such people. 2Timothy 3:1

Now, somebody will call me a bigot for quoting the Bible. Somebody will assume I’m maligning a particular group, categorizing acceptable people who’ve done nothing wrong. Go ahead and make your judgment about that. It’s not my desire to do so. As for having nothing to do with such people, first of all, keep in mind that “the last days” began with Jesus, and that the letter writer, Paul, was addressing Timothy, a young preacher of the gospel stationed in a pagan culture not so different from our world today. Did Paul mean keep your distance, or did he mean you live holy? Living holy is the greater challenge, but that’s my choice. I won’t demonstrate hate, but I will follow Christ. And so, I’ll have nothing to do with what some people do.

That’s not racist. In fact, it has nothing to do with race. It’s not refusal to dwell in community with anyone who’s different. It’s not swinging to the Left or to the Right. It’s just me trying to live holy. I realize that if a race war is waged, I may be categorized as a probable war starter—white, Southern, Christian. But don’t buy it. True believers can do nothing but stand against the evil lies of racism.

Next time: Abortion: A Once Private Decision that Became a Celebrated National Demand