Another Civil War in America? 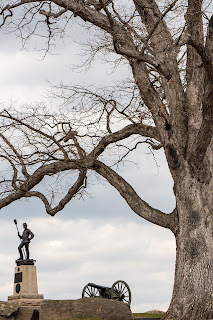 I’ve never given serious consideration to the possibility until now. There could never be a war like it. Never another crisis as overwhelming as the one that led to the Civil War. Never again could there be such a blight on our good land. A war raged because right and wrong became less important than building a nation. Commerce was never meant to be more valuable than liberty. Law was never meant to be an instrument of oppression. Correcting the balance put us at war, even war with ourselves. Now, we tear down statues that remind us of that desperate time. We want to forget. But forgetting doesn’t change history. It only makes us vulnerable to repeat it. Could we be so blind as to let civil unrest break us again?

Recent assessment indicates we may be headed for such discord, even bloodshed, within our own borders. Over the next few months, I’d like to address five problematic war-starters brewing in the minds of our citizens, stirring our communities, and being presented by the media as unavoidable conduits of change in our country. Some may see that change as good, as necessary for our survival as a nation. Others view the same change as the very thing that will destroy America. As Christians, we must not adopt the mindset that has overtaken our society. The boundaries of right and wrong are not as subjective as we’d sometimes prefer. The standard of truth doesn’t waver based on opinion. Truth is true because it’s always been true. It’s a lie to believe we can conjure up our own truth, and the end of the lie is destruction. 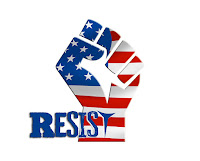 I pray widespread malevolence doesn’t lead to war, to a social divide posing no option but to kill the enemy. Truth is, I’m taught to love my enemies. I’m not looking for a fight. But if it happens, the War may come about because of one, some, or all of these  unsettling issues:

I’ll address these one at a time on my blog, every other week:
Next time: Racism: The Church, the Media, and the New Definition of Racist.

Posted by VictoriaBuckUnchained at 6:43 PM