The Command of the Gospel

What choice do I have?

A verse well-known and repeated often by Christians is Romans 6:23:
For the wages of sin is death, but the free gift of God is eternal life in Christ Jesus our Lord.
Taking this to heart, we might conclude it’s all about the gift. And accepting the gift is all about choice. We can take it or leave it. 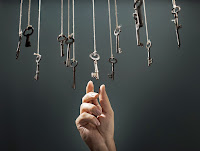 While an element of truth exists in the “take or leave it” approach, the gift is not a choice. It’s given to the redeemed, who do not consider the offer or ponder refusal. The choice was already made—it was God’s choice to give the redeemed eternal life. The choice of the redeemed is to follow Christ. And yet, even that is really no choice at all.
Scripture does not offer a choice. Jesus did not give permission to determine our own method of salvation. A back-up plan doesn’t exist. Yet the clear command gets turned into
something resembling a choice.
What does the Bible tell us about making a choice? Another verse remembered—and revised—by Christians goes something like this: Choose this day whom you will serve, but as for me and my house, we will serve the Lord.
Here’s the whole passage from Joshua 24:
14 “Now therefore fear the LORD and serve him in sincerity and in faithfulness. Put away the gods that your fathers served beyond the River and in Egypt, and serve the LORD. 15 And if it is evil in your eyes to serve the LORD, choose this day whom you will serve, whether the gods your fathers served in the region beyond the River, or the gods of the Amorites in whose land you dwell. But as for me and my house, we will serve the LORD.”
Joshua gave the tribes of Israel a message from God. And then he told them what to do. If they didn’t want to, Joshua said, then they could choose something different. Something that hadn’t worked in the past. Something that would lead to death. The command was to serve God. The alternative was death.
So it is with the Gospel. The gift of Romans 6:23 is not the Gospel. It is the after-effect of the Gospel. The Gospel is not an offer to be accepted or refused depending on who you are or where you came from. It’s not a choice that will help you get to know God or define your role as a Christian. It is a command to live.
Acts 17:30:"Truly these times of ignorance God overlooked, but now commands all men everywhere to repent."
The “times of ignorance” when people chose to stick with their foreign gods are done. Now, at the time of the proclamation of God’s command, all people are called to turn from their old ways and serve the risen King. It’s not a chance to make it up to God for being bad. Not a way to get yourself straightened out. It’s a command to repent or die. Turn from your idols and false gods to the one true God. Or else. 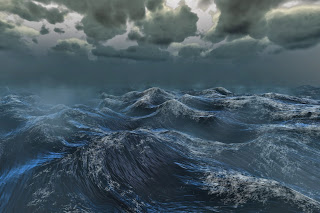 It sounds like a choice, right? It feels like a choice. I can put away what I thought would fix me, cleanse me, and save me. Or I can keep on trying what I’m doing and die trying. But if I’m convinced that’s how my efforts will end, is there really any choice but obey the command? God isn’t asking me to choose. I’m covered by furious waves and He’s telling me to cling to Him or drown. And so I…choose…to cling and not to drown.
It’s one of those sweet mysteries that settle into the hearts of the redeemed. He commands. He offers freely. I choose. I have no choice. In fact, I am unable to choose. Perhaps that’s why He made it a command. An offer implies acceptance, and so gives us the impression that we’ve made a choice. But a command requires unfailing power from the One who declares it, and demands nothing from my drowning soul except to live. 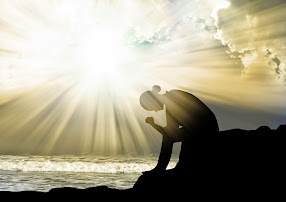 Posted by VictoriaBuckUnchained at 5:12 AM