A Baptist and and Seventh-day Adventist Walk into a Hotel...

Recently, I met a man at a hotel. Well, let me rephrase that. My husband and I were at a hotel. He was in a conference room for a meeting. I was in the empty breakfast room reading a book on my Kindle. 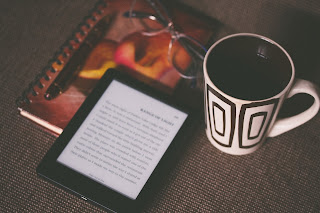 A man walked in, not noticing me at first, and fixed himself a cup of coffee. He led a service dog on a leash. When he turned around and instructed his dog to sit, he caught me watching from the table a few feet away. He apologized for disturbing me and asked if I minded the dog. I assured him that I wasn’t disturbed and that the dog was welcome. Then then man asked me a strange question:

“Are you a Seventh-day Adventist?”

I swallowed a chuckle. “No. But I’m a Baptist.”

I didn’t argue. To most people, it is, indeed, about the same. But I was curious. “Why would you think I’m a Seventh-day Adventist?”

He took a seat at the next table and faced me. “Because you’re at peace.”

Um, okay, it’s true, I am at peace. It’s not a denominational thing. I’m at peace because I’m redeemed. “Are you a Seventh-day Adventist?” I asked.

“Oh, yes. I have been for several years. I try to observe the Sabbath. Sundown Friday to sundown Saturday.” He sighed and crumpled his brow. It was about four o’clock on a Saturday afternoon.

I wondered about his disability, and I looked at the dog that had stretched out on the floor. The harness read: Emotional Support Animal.

My conversation with the man lasted forty minutes or so. He’d lived in Turkey and had visited all the sites of the seven churches named in the book of the Revelation. He had some fascinating stories to share, but it seemed he was quite alone. He told me he had no one but his dog. And the Lord, of course. He expressed interest in what I was reading, and that trail led to talk of my own writing, and of our somewhat diverging worldviews. More importantly, of the only hope for the world. He said he didn’t understand how we got so messed up, why people had given up on faith. On God.

“The gospel is foolishness to those who are perishing,” I told him. Perhaps our doctrinal conclusions didn’t quite align, what with him being a Seventh-day Adventist and me being a Baptist, but on this point, we agreed.

My husband emerged from the conference room and joined us. He’d been in that room for nine hours and he was ready to go. We both shared a few more words with the stranger, and I told the man we were headed home.

I don’t recall my last words to the man. His last words to me are all I remember. I don’t know if he was referring to the hotel, which was very nice, or the South Florida city, which was a little more cram-packed than my own small town in Central Florida. Or if he meant to say that he was broken and lonely and not at peace.

Maybe our talk ended too soon. Maybe I didn’t say the right things. Or maybe God used the encounter to stir up the man’s conviction about what it really means to follow Christ. Or…maybe God sent the man to remind me of the same thing.

God being who He is, I’ve no doubt it was just the right amount of conversation, at the right time, in the right place. For both of us. 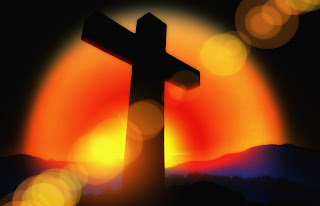 For the message of the cross is foolishness to those who are perishing, but to us who are being saved it is the power of God. I Corinthians 1:18