Is Anybody Still Watching for Jesus to Return?

In my corner of the Western Christian world, I’ve noticed a shift in recent years in the tone and frequency of conversation regarding matters of eschatology. Okay, I’ve never heard that particular word spoken among my Christian friends with any regularity, but talk of the End Times, the Rapture of the Church, and the Second Coming of Christ used to fill our hearts with expectation. We used to argue…I mean reason together over our pre-trib, mid-trib, or post-trib views.

Now I’m speaking Christianese, so here are some definitions:

Eschatology: theology as it relates to the final events of the history of mankind.

Rapture: the removal of the Church from the earth, that is, all believers who have surrendered to the call of Christ are taken up into Heaven at once.

Second Coming: the literal return of Jesus Christ to take His place as King of Kings over all the earth.

Pre-trib, mid-trib, post-trib: varying ideas and interpretations about the timing of the Rapture, that is, if it will occur before, during, or after the Great Tribulation.

Great Tribulation: an unparalleled period of torment, natural disasters, evil rule and death that will end in a final battle between Christ and Satan.

I used to know where most people in my Christian community stood in their understanding of these important matters. At some point, the lively conversation waned, and the conviction blurred. We stopped talking about it. One reason for the shift in focus may be that the overall teaching of the Church took a step back from a subject becoming more and more other-worldly, more science fiction than Bible truth. We began to focus instead on the present needs of our members, and on sharing the gospel with the lost. This was not a bad move. Perhaps too many of us were sitting around daydreaming about the fantastical nature of upcoming events, rather than following the call to make disciples of all nations.

Another reason our glorious anticipation may have gotten left behind is the harsh judgment of society. Open discussions of the long-expected hope of the believer might once have received a polite nod from the skeptic, an “I hope you’re right” reaction to our assertion that Jesus would soon set all things right. Now, such talk is used to classify Christianity as a dangerous and hateful religion. As if we're personally scheming to end the world as we know it. As if we're praying for the next big earthquake to take out our enemies. Nobody I know prays that way. While I hear an occasional “Even so, come Lord Jesus” I haven’t known anyone to pray hate against God’s creation.

Twenty years ago, a friend recommended a book that espoused her mid-trib point of view. She believed we had to at least endure some level of persecution before Jesus swept in to rescue us. Even back then, I considered her thinking as far too Western, her vision too focused on her own experience. In other parts of the world, persecution was already a way of life for some Christians.

Today, Christians face death in greater numbers. Some must worship underground. Even where freedom of religion is still the right of the people, a discriminatory attitude often shuts our mouths. I’m not saying were already experiencing the Tribulation. When it happens, there will be no question about it. 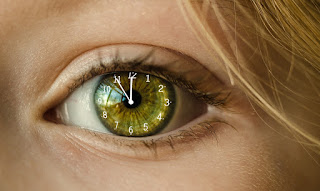 The Christians I know aren’t concocting The End. We don’t mean to come off as bidding for the apocalypse. We’re not encouraging death and destruction. That wasn’t our intent when eschatology was a more popular subject of study among believers, and it’s not our purpose now. For those of us who cling to the inevitable truth and prophetic message of the Word of God, our hope isn't that our opponents meet a violent end, but that they meet their Savior before The End comes.

For the Lord himself will come down from heaven, with a loud command, with the voice of the archangel and with the trumpet call of God, and the dead in Christ will rise first. After that, we who are still alive and are left will be caught up together with them in the clouds to meet the Lord in the air. And so we will be with the Lord forever. Therefore encourage one another with these words. I Thessalonians 4:16