How Oprah Inspired My Transhuman

A cultural phenomenon and a greater gift. 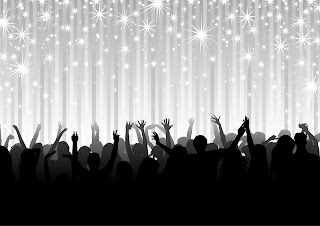 When I began what evolved into my novel called Wake the Dead I had in mind to write a satire about game shows. The reaction of contestants to even the possibility of winning a prize fascinates me. When everyone in the audience gets a prize, the group effect takes winning to a new level. Put boxes of candy under their chairs and they voice a collective whoop. Make it new cellphones and they go wild.
The cultural phenomenon reached its peak not on a game show, but when Oprah shared her favorite things. People love Oprah, and so they love the things she loves. Being gifted in such a personal way brought fans to an even deeper admiration of the giver. Then Oprah upped her game and gave everyone in the audience a new car. No one else would give that kind of prize to that many people.So when I first allowed the protagonist/game show host, Chase Sterling, to take shape in my imagination, I knew he had to pull an Oprah. But not just once—it had to happen consistently. On his show, Change Your Life, he delivers and the result is total adoration. This is where my story begins. Chase doesn’t just give away 276 cars, but thousands of futuristic self-drives. And this happens only after he outrageously changes the life of one individual. New looks. New income. New mansion. New life. Then he leads his roaring-with-joy audience to believe one of them could be next.

But attempting to convey the obvious flaw of people praising the power of entertainment for temporal blessings didn’t make a novel. Something big had to happen to my game show host that would change his life. So Chase became a wired-up, augmented, bio-engineered transhuman. Nothing like that had ever happened before. Not in the history of game shows.
For all the prizes he bestows, Chase can only contemplate how to give more. He thinks he’s making a difference. Of all the cars Oprah gave away, perhaps some have been kept in garages and rarely driven because of their value as a great gift from a great person. And therefore those prized cars have made no real change in the recipients’ lives. But most of them have been wrecked or traded. Or at least repaired multiple times because new cars turn into old cars. Oprah knew the generous gift wouldn’t change anyone’s life forever. It takes a while for Chase to figure that out. He really does love helping people. Maybe I put a dash of Oprah’s crowd-thrilling benevolence in him. 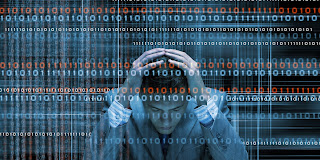 But his changed life doesn’t please him at all and he eventually realizes there must be a greater gain. That even his own reward of the praise of the multitude is not lasting. The final answer to the most important question is not about receiving a great gift. Not about getting something for free. Not about the fantastic propulsion into a completely new life.

Well, yes it is. The greatest gift is free to all. And it changes everything.
Therefore, if anyone is in Christ, he is a new creation; old things have passed away; behold, all things have become new. 2 Corinthians 5:17
Posted by VictoriaBuckUnchained at 12:00 AM