Ants, Men, and the Machine 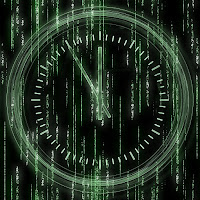 If you haven’t noticed, the world has gotten stranger lately. I can’t be accused of trying to hold on to normalcy since I wrote a weird story about a futuristic man. If you want to become a human like the one I wrote about, just hold on a few years and you might get the chance. In my fiction, an inept government fails to establish a new and improved human race. But more than that, it’s the hand of God that keeps the government from achieving the goal completely.

I don’t claim to be an expert on the subject of Artificial Intelligence, but I've done some research in order to make the fiction more real. I certainly don’t pretend to know the mind of God, but I study and pray to acknowledge His everlasting holiness and discern His will as best as I can in my fallen human condition. And this is how I know the world is getting stranger, and that the human race is becoming more aggressive in its quest for power, and that God is patient.

In a recent article, physicist Stephen Hawking gives warning about the coming age of A.I. and how it might take over and possibly destroy us. Not on purpose, but simply by unwaveringly efficient design. Hawking said:

“You're probably not an evil ant-hater who steps on ants out of malice, but if you're in charge of a hydroelectric green energy project and there's an anthill in the region to be flooded, too bad for the ants. Let's not place humanity in the position of those ants.”

When reading this, I had to wonder if Hawking knows the book of Proverbs extols the ants for their wise and efficient toil for self-preservation. Hopefully, we’re at least as smart as ants.

This statement also appears in the article: Tesla CEO Elon Musk shares a similar viewpoint, having recently warned that humans are in danger of becoming irrelevant. 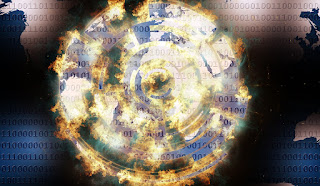 Hawking’s answer to the problem? A world government coming together for the purpose of protecting us from technology. From our own developments? From all that we cleverly invent to make our lives better? Are the computers really going to take over?
In one regard, it’s good that the great minds of our time recognize we’re headed into unprecedented circumstance. But they aren’t suggesting we take a step back. They simply believe there is no other possibility and we must be prepared for the future reshaping of our world.
In my novels, I point out the similarities between the coming cyber world and the Tower of Babel. The need for power and the requirement of dominance once brought about something that now seems mundane: the building of a city with a great tower. Not so dangerous, but at the time God saw fit to end it. The endeavor was in itself was not unreasonable, it was the pursuit of power that needed to be tamed. But that fire inside us has been allowed to remain through the ages. Now our city is an artificial territory one may enter from any place at any time, and the tower we’re building is an all-powerful machine. And then, as God noted in the book of Genesis, nothing we plan will be impossible for us. Except perhaps preserving our own existence. A tower was attempted in the first book of the Bible. Could the events of the last book bring a virtual tower and a new world order to rule its exploits? 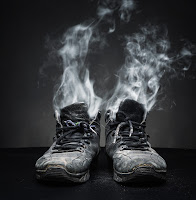 The rise of mankind to reach the heavens is nothing new. The desire to rule the world is rooted in our deeply aggressive nature not by, as Hawking states, the hard-wiring of Darwinian evolution, but because of the Fall. We exist by the grace of God and we continue to exist because of His will. We will not end ourselves by building a fierce monster of a machine. God is bigger and fiercer than anything we can come up with. He’s also loving and merciful, and He will be the One to reshape this world. But are we taking a strange step toward our own annihilation as God carries out His plan? As one redeemed, I will resist the machine and rely on the power of Christ. He’s coming to my rescue.

Ref:
Without a ‘world government’ technology will destroy us, says Stephen Hawking
http://www.independent.co.uk/life-style/gadgets-and-tech/news/stephen-hawking-world-government-stop-technology-destroy-humankind-th-a7618021.html