How I First Met My Make Believe Atheist Friend

Notification came this week that my novel, Our Town Atheist, will finally release in paperback. The e-book hit the market nearly a year ago, and more than a few
people have asked me when the old-school, flip-the-pages edition would be available. Here's the answer: October 15th!  You can pre-order on Amazon: https://amzn.to/3lPOk2W.
By the way, Our Town Atheist recently won an award from NEST, National Excellence in Storytelling!

Excited at the prospect of actually holding this book in my hands, I was reminded of what led to the story. A couple of posts about atheism brought more comments than any other posts I had written, up to that point. Some were not so kind, but others were simply curious about my position. That's when Adam Bender wandered into my writer's head and made himself comfortable. He was a friendly sort, no agenda, no need to criticize believers. He just wanted to blend in, to live an uncomplicated life. Of course, he's the lead character in a novel, so that was out of the question.

Adam Bender, perhaps, softened my view of the atheist. Not that I was hardened in my perception, but that initial blog post might have, to an atheist, come off as being written by someone who didn’t have any atheist friends. Well, I’ve had a few, but none too closely. Until Adam. I know what you're thinking. Yes, I made him up. But to me, he still counts.

Does the story end with Adam coming on over to the other team? I think so, but, perhaps out of respect for the atheist community, Adam never really told me for sure. You, the reader, may come to your own conclusion.

Here’s the post that started it all. If you’re an atheist, don’t take offense. I’m not here to dismiss your opinion or trample on your rights. If you’re a believer, pay attention to what some atheists think about the authenticity of your faith. And make sure they’re not right.

The Faith of the New Atheist

I wonder if even 10% of the people who proclaim their belief in God actually do believe in God.  Daniel Dennett1

As one of the leaders of the New Atheism, Mr. Dennett wonders about belief. He questions whether those of us who claim belief in God really possess it. Perhaps we only believe in believing in God, because believing in God is a good thing. Believers, whether genuine or not, might scoff. They’ll likely become defensive or act offended. Personally, I’m glad Mr. Dennett brought it up. Religious people should ask themselves whether they believe, or only believe in believing. Christians need to have an answer as to exactly what they believe. And they ought to know why they believe it. Otherwise, the fair and reasonable wonderment of Daniel Dennett will cut a hole in their flimsy belief in believing.Mr. Dennett stands with a few other authors and thinkers who have earned the title of leader among the New Atheists. They include Sam Harris, Christopher Hitchens, and probably the most recognized in the pop-cultural movement, Richard Dawkins. Harris expresses worry about people “pretending to know things they clearly can’t know.” In my Christian experience, I’m somewhat concerned about that too. I don’t want to pretend to know what I should know definitively. That is, the truth of Scripture and the message of the Gospel. The late Christopher Hitchens believed “being an atheist is something you are, not something you do.” I hold to that faithful philosophy as well. Being a Christian is not something I do. It’s a much deeper reality than that. Dawkins states that “evolution led him to atheism.” I too was led (by the truth of the Word of God), and it took faith to follow. The New Atheist speaks with the same tenet of belief I hear from Christians. 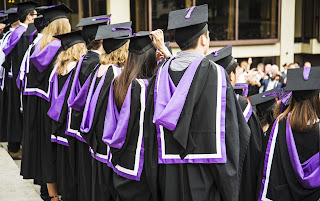 The unbelievers are evangelical and their language proves it. They write books, and their books are not sloppy or lazy. These people are educated, practiced, and convinced. The movement spreads its message not only in bookstores and online, but on billboards. While religion may be banned in schools, there is no rule against atheistic ideals. At the college level, the ethics of atheism spread further and anchor deeper in the worldview of each generation. 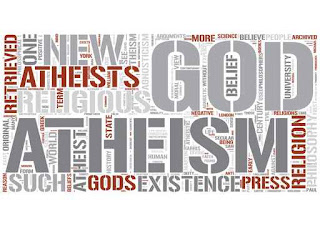 The faithful atheist becomes a proselytizer. Rivaling Christianity in the number of organizations, the New Atheism offers endless websites, blogs, magazines, newsletters, social groups and clubs. The only organizational distinctions between the atheists and Christians are prayer groups and charities. Of course, some charitable organizations are supported by the New Atheists. At the top of the list is Planned Parenthood. Go figure. Also listed among charities likely to include atheist donors are helpful institutions like Doctors without Borders and The American Red Cross. Christians might support these, even join the cause, out of concern for humankind. But a line is drawn between the atheist donor and the Christian giver.
The atheist might say Christians crosses the line with a hidden agenda to use charity as a means for evangelism. But perhaps the same line, with an altered purpose, is crossed by the atheists. They’re aggressive in their quest to spread the message of New Atheism around the world.
What is the message? There is no hope, no promise, no eternal life. No God. So…if there is nothing, why the fervent hunt for converts? I think it goes back to what Dawkins said—that he was led by evolution. I’m not arguing evolution with him or anybody else—it’s pointless and useless. But I question if that’s actually what led him. Jumping the chasm to atheism isn’t a direct leap of the intellect. A brilliant, deity-denying atheist can follow Satan’s call as swiftly and unwittingly as a fool.  The end result is the same as it is for the one who believes that believing in God equates being redeemed by God. The faith of the New Atheist binds him to the unseen, completely disregarded, adamantly denied power of darkness. It’s the opposite of heeding God’s call, but it does take faith. And it does promise eternity. The kind not even a fool would want.
Posted by VictoriaBuckUnchained at 12:00 AM