The Promises of God


One lie leads to another.


It's said that a lie only leads to more lies, so it’s best not to start that ball rolling. The natural progression is that a lie grows. Bob tells Sally he didn’t go there (lie), then Sally asks where he went. He tells her where he went (lie), and she asks what he did there. He tells her that he met up with some friends (lie), and she asks which friends. Now the ball is rolling. 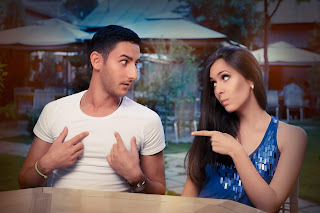 But there’s also a natural progression to truth. In a perfect world, Bob and Sally show each other love and respect. Bob really doesn’t go there. Sally has no need for questions. Bob has no reason to lie. Why? Because Bob and Sally made a promise. And the progression is that one promise leads to another.

Before Bob and Sally and all relationships among human beings, a great cascade of promises began when God spoke the world into existence, and it continues today. Unlike us, God speaks only truth. And His promises never fail.

It may seem strange that what is commonly referred to as the first promise in the Bible was spoken by God to a snake—that is, Satan. But really, the promise was for us.

“And I will put enmity between you and the woman, and between your offspring and hers; he will crush your head, and you will strike his heal. Genesis 3:15

God makes it known that Satan will be defeated (his head gets crushed), while the One who comes to save will suffer and appear defeated. But then He will defeat even death.

This is the last promise in the Bible:

“He who testifies to these things says, ‘Surely I am coming quickly.’ Amen. Even so, come, Lord Jesus.” Revelation 22:20

Some may see this as a promise unfulfilled since Jesus hasn’t returned. How long does it take to come quickly, anyway? But the reference is not to what we consider speedy, but rather suddenly. No one knows when, but when it happens, some will think they should have had more time. Besides, our understanding of quickly has got to be monumentally different than God’s.

In between these promises, in the pages of Scripture, God makes and keeps His promises. A Promised Land, victory over enemies, offspring too numerous to count, protection, peace, joy, the knowledge of God. Promises of salvation, sanctification, justification. Promises of Heaven, of eternal life. Promises of a Great Redeemer.

Too many promises to list in this short space flow from the Word and fill us with hope because those of us who follow Christ know Him, and we know His words are true. But there is one promise that seems to me to act as the hinge for all the rest:

For to us a child is born, to us a son is given, and the government shall be upon his shoulder, and his name shall be called Wonderful, Counselor, Might God, Everlasting Father, Prince of Peace. Of the increase of his government and of peace there will be no end, on the throne of David and over his kingdom, to establish it and to uphold it with justice and with righteousness from this time forth and forevermore. The zeal of the Lord of hosts will do this.Isaiah 9:6-7

If it just makes you want to sing Handel’s “Messiah”, you’re not alone. But the promise here of the birth of Christ is presented in only the first few words. After that, it’s all about the promise of His second coming, about His rule and authority. And all this is accomplished by the zeal of God. Here’s the definition of zeal: great energy or enthusiasm to achieve a goal, fervent pursuit. This is God’s plan, His desire for His world. For us.

All the promises spoken by God revolve around the promise of the Son. They are for our good. To bring us to the realization of the truth and then to help us live victoriously. They are for God’s glory, that all should behold Him, and know Him, and know that He is good.
Posted by VictoriaBuckUnchained at 12:00 AM

Email ThisBlogThis!Share to TwitterShare to FacebookShare to Pinterest
Labels: lies, promises of God, scripture, The Real World of a Novelist, truth, Victoria Buck