Here We Go into the Dark and the Deep

Transhumanism may become the not-so-fictitious science reality of the future. As I put it on page one of Wake the Dead—the near future. Some of my readers are troubled by the deep, dark world of altered humanity. Others consider my rendering of a new world order the more frightening prospect. But the two society-shifting events—operative AI and revolutionary government— must be closely intertwined. At least, that’s how I wrote it.
I’m deep into writing another novel now. One set in current time. No transhumans. My research intent for this new story was to read a couple of books outside my comfort zone as a Christian—books by Richard Dawkins and Daniel Dennett—outspoken atheists who’ve written on the subject. But I wanted to write about a likeable atheist, one who would rouse empathy, and I wasn’t sure I could do that with too much information. Some may disagree with my decision to skip the research once they’ve read the new book, but I’m okay with that.
Now that my imagination is occupied by someone other than Chase Sterling, I'm not always as judicious about the shifts in technology and how they affect our lives. For instance, after hearing the term “dark web” at least a hundred times, I decided to look into it. Not literally—I still don’t know how to pull it up on my computer. But I do know that most people refer to the “dark web” when what they really mean is the “deep web.” I started to read a beginner’s guide to accessing the “dark web” but decided to save it for after the apocalypse. 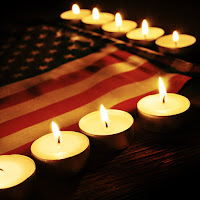 Along with the web growing dark and deep is the state of the media growing deeply unclear. The “deep fake” has surpassed “fake news” with undeniable creations of real people saying real things. Only they didn’t actually say what they said. If we can't believe our own eyes and ears, then we can't believe anything reported by any source. And if we lose all faith in the media, what will be the outcome? Somebody will need to take charge. In my books, it’s the media and entertainment conglomerate called SynVue, which gains control over both politics and the reporting of politics. Prior to this widely accepted takeover, the Constitution loses all power, and the United States dies as the Western Republic is born. Fringe groups of dissenters form and Christians begin meeting underground. But it's a gradual process and most people adjust to their new existence. That is, until SynVue turns a celebrity into a transhuman and inadvertently creates its own worst enemy. Of course, it’s only a story, the plot of my trilogy.
But the truth waiting around the bend of our reality may be just as subtle, just a weird, and just as defeating. As a Christian still enjoying the freedoms of being an American, still attending packed worship services in a publicly designated facility, still getting this blog out there on the not-so-dark web, what am I supposed to do to prepare for the future? If I learned anything from Chase Sterling, it comes from this quote at the end of Transfusion: “We will not hide. Love is too strong and judgement too certain for us to remain a whisper of weakness.” (Yes, I realize I wrote those words, but a character worth writing becomes real to the writer. So in my mind, Chase said it.)
While I’ve got the chance to share the hope of the gospel, and even if I lose the privilege, I will not hide. It’s all I have to offer, now and in the future.