Get Ready for Spectacular Brain Function

Hey, I'm branching out with a whole new blog site. To get started, here's my most popular post from blogs past. (Yes, this is a test.)

Who wouldn’t want to be a nethead? 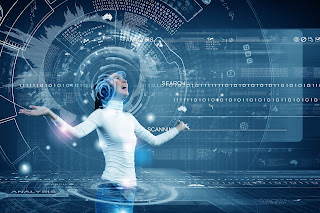 Nethead: a person who is an enthusiast or an expert on the Internet. Like most of the techno words I used in Wake the Dead, this is another one of those terms I didn’t make up.  After studying transhumanism, and assuming the rest of the reading population had at least heard of it, it surprised me when I had to tell people I didn’t make it up. Not the word, or the science, or the social movement promoting it as the next leap in the evolution of mankind. It’s all astonishingly real.

I didn’t make up nethead, but I think it will take on a new meaning. Beyond expertise in the use of the Internet, netheads will be classified as those who can pull up a website without a computer. They will order pizza, reserve a hotel room, call the doctor, and monitor their kids simply by thinking about it. No laptop, tablet, or smart phone needed. Just a chip, maybe an electrode and they…we…will be on the grid.

Your augmented cyberabilty may mean you won’t even have to think too hard to get your own needs met. If your brain knows your body is lacking a nutrient, you might find a yummy vitamin bar delivered before you request it. You can thank the personal assistant robot that’s cyber-connected to your head. Your doctor may be informed long before you notice signs of illness. How? The nanobots coursing through your blood vessels will tell your brain implant there’s a problem, and your implant will send a report to the appropriate medical specialist. As well as being a nethead, you could be a botbod.

These are some things I thought I made up when I wrote Wake the Dead: Implants that allow you to see in the dark, to hear beyond normal human ability, or to instantly speak any language. Turns out all these enhancements are coming soon to an implant store near you. Well, it won’t be that easy, but it is coming. Some things I knew about from my study of transhumanism: Superior brain function—math will no longer be an issue for people like me. Remote control devices will require nothing more than brain waves. Access to information will be instantaneous. Learning any new skill will require no more time than it takes to think about learning a new skill. Will the body be able to keep up with the brain? The transhumanist believes it will. When will this happen? The plan is for some of these advancements to be available by 2020. 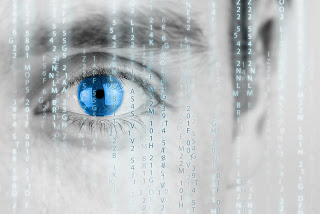 Wake the Dead takes place in the 2030s. By then the whole premise of the story may be outdated.
Chances are things won’t progress as quickly as the H+ (transhumanist) community hopes. But progress is being made, and at least some degree of human enhancement is inevitable. In fact, it’s already happening. People have asked me why I wrote about something so strange and unsettling. I jokingly say, “The voices made me do it.” I’m a conservative American Christian woman, so you’d think I’d be writing inspirational romance. Or something Amish. Well, Chase Sterling (the transhuman on the cover of my novel) is a romantic soul, but he’s also a nethead. He can see in the dark, and hear a cricket fart, and he has superior upper body strength that kicks in when he needs it. Did he want to become the world’s first transhuman? Not at all. Do I? Not for a cyber-coded nanosecond.

Do you? You might have to make that decision before too long. Or you might not have the option. My issue with the prospect of wide-spread transhumanism is kind of like my inability to grasp the concept of time travel. I like the stories, but I don’t get it. If you go back in time, are you still in the present? If you’re not, won’t people miss you? If you are, do you know you’re also in the past? And doesn’t your activity in the past change the future—your present—so that you might not even exist in the future? So, do you only exist in the past? If that’s true, then how did you get there from the future? Wait, what?
Too many implanted brains doing the same thing at the same time could make the transhuman world just as confusing. Chase can shut down a government operation with just a thought, but he hasn’t come up against another transhuman who might be working against him. (Not yet anyway.) What if 100,000 brains were working against each other, or all trying to manipulate the same system at the same time? I use that number because I read there are currently 100,000 people living with brain implants. They aren’t able to function like Chase, but the next generation of implanted humans might be.

Do I really believe that? Yes and no. I think it might happen. Science is gearing up to make it a reality. But I think it might fail. Like the tower of Babel. We all know how that worked out for the human race. Here we go again.
Posted by VictoriaBuckUnchained at 1:00 PM